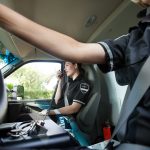 Doing research on two-way radios will give you a lot of product information, but it just isn’t the same as hearing about a real life experience. Here we look at three different instances when professionals invested in two-way radios, the goals they hoped to achieve, and their level of satisfaction to help you learn more about what features are right for you.

Carroll County emergency services had been using a dated radio system to communicate that just didn’t give them access to all areas in the six hundred square miles that they service. When Terry Bradshaw saw it was time to update, they choose the DMR Tier 3 800MHz trunked network that provided them with capabilities beyond their expectations.

They were able to communicate in areas that they never had before, allowing them to respond faster and more efficiently. Plus, with encrypted communication, they were able to keep sensitive issues secured. While the Carroll County firefighters knew the product was of premium quality, they were still pleasantly surprised with the multitude of features. Click here to read more.

When an electrical company in Kansas City saw the flaws in their current radio system, they decided to take action. The primary issue was three crews that were regionally based were all using different radio systems, and when they would have to come together for storm situations, communication was a major problem. Coverage was also problematic because there were locations that there was little or no way to communicate.

Using past experiences and quality evaluations, they choose the DMR Tier 3 trunked network and haven’t looked back. Staff members are more confident when it comes to communication because the two-way radio system is reliable and always available. Response time became faster, and the ability to service the community improved tremendously. More details.

Premium communication for events at the University of Connecticut

The University of Connecticut has some pretty serious stadiums for sports, trade shows, banquets, and much more, and when these events were taking place, the staff wanted to find a better way to communicate. Wireless communication is essential for the arena setting, and cell phones couldn’t handle the job because of the large number of people in attendance that were also using devices.

Dropped calls were an issue until they were introduced to the Hytera products and PD7 Series. They soon discovered that they could have seamless communication, even over the noise level of the crowds. The system was cost-effective and helped them host events for tens of thousands of people safely and efficiently. Learn more here.

If you’re ready to experience seamless, secure, and reliable communication, talk to the experts at MetroTalk Inc. about product choices and testing options. Let us be your communication solution, so you don’t miss a single piece of information in your day due to failed calls or locations challenges.